Will America’s New Nuke Deter War, Or Bring It On?

Will America’s New Nuke Deter War, Or Bring It On?

You'd Better Watch Out: The Surveillance State Has A Naughty List, And You're On It

In a bit of irony, a Twitter comment by Jill Hruby Administrator of the National Nuclear Security Administration (NNSA) pointed to a new nuclear bomb as proof America is committed to nuclear deterrence. This is where it is important to remember that deterrence means, the action of discouraging an action or event through instilling doubt or fear of the consequences. See her Twitter post below;

Last week, #NNSA successfully completed the B61-12 First Production Unit @PantexPlant. This is a huge milestone for stockpile modernization and demonstrates our Nation’s commitment to #nuclear deterrence. pic.twitter.com/90ojHPw6cH

It could be argued that reworking a nuclear bomb to make it easier to justify using it and widening out the opportunities for its use is nothing to brag about. This all falls under the category of, ‘once it’s out of the bottle it will be hard to put back in.’ 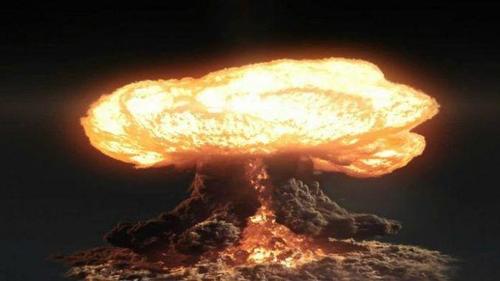 Can Anyone Win A Nuclear War?

To put the issue of power into perspective; On August 6, 1945, the United States dropped an atomic bomb on the city of Hiroshima. The bomb was known as ‘Little Boy’, a uranium gun-type bomb that exploded with about thirteen kilotons of force. At the time of the bombing, Hiroshima was home to 280,000-290,000 civilians as well as 43,000 soldiers. It is estimated that around 140,000 people were killed in the bombing. 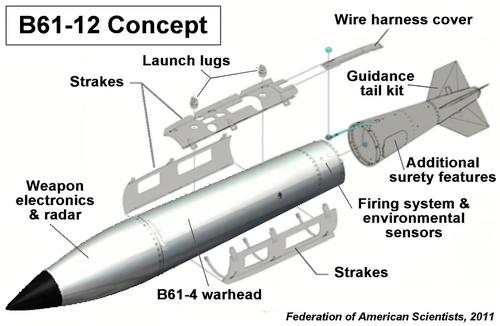 A Baby Nuke With Great Accuracy

To be clear, the B61-12 is America’s first nuclear-guided bomb, it is a new weapon. According to Hans Kristensen , from the Federation of American Scientists, existing U.S. nuclear bombs have circular error probabilities (CEP) of between 110-170 meters. The B61-12’s CEP is just 30 meters. Also, with a maximum yield of 50 kilotons, the yield can be lowered as needed for any particular mission. An amazing fact is, the bomb’s explosive force can be reduced electronically through a dial-a-yield system.

The problem with this ‘friendly’ nuclear bomb is that those controlling its use will most likely be more inclined to use it. This muddies the boundary and red line that mankind has up until now feared to cross. As noted earlier in this article, ‘once the nuclear genie is out of the bottle it will be hard to put back in.’

Remember the 1983 movie WarGames? In it, a young computer whiz kid accidentally connects to a top-secret super-computer. The computer which has complete control over the U.S. nuclear arsenal innocently starts the countdown to World War 3. We may be moving back into such a scenario. This bodes poorly for us poor saps living in harm’s way if shit hits the fan.

You’d Better Watch Out: The Surveillance State Has A Naughty List, And You’re On It

You’d Better Watch Out: The Surveillance State Has A Naughty List, And You’re On It