(Zerohedge) – Donald Trump has hired two veteran political operatives familiar with campaigning in Iowa, a signal that the former president may be a ‘go’ for a 2024 return the campaign trail, according to Bloomberg .

In a Thursday memo from Trump’s PAC, Save America, staff and advisers were told that Eric Branstad and Alex Latcham are joining the team – with one spokesman telling Bloomberg that the two will help on ‘many political matters.’

Trump has been hinting about another presidential bid , even as he has tried to steer clear of activities that would trigger federal election laws that would require him to register as a candidate — and limit spending. Some Republicans had been hoping that Trump would fade away, as he continues to falsely claim him won last year’s election.

Trump has spent most of his time since President Joe Biden was inaugurated at his homes in Florida and New Jersey. But he has recently begun to move to prevent other potential 2024 GOP candidates from gaining traction . -Bloomberg 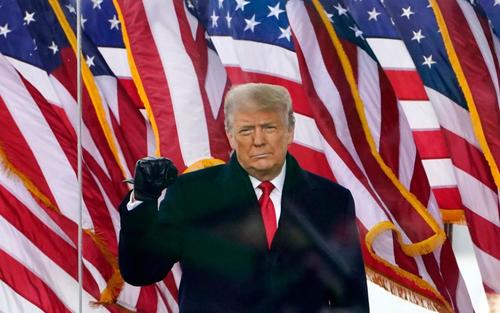 So far this year, Trump has traveled to Florida, Arizona and Ohio to hold political rallies used for fundraising and gathering voter information. Later this month he’s scheduled to visit Alabama.

On Sunday, Iowa Republican Party Chairman Jeff Kaufman tweeted that he and Trump had a ‘great 15 minute call’ where the former president ‘asked about Iowa’s farmers and other topics…’

Had a great 15 minute call from President Trump this evening.

He asked about Iowa’s farmers and other topics including Iowa’s first-in-the-nation status.

According to the report, other presidential contenders include former Vice President Mike Pence, Ambassador to the United Nations Nikki Haley and Secretary of State Mike Pompeo – with the elephant in the room of course being whether Florida Governor Ron DeSantis will run – however the increasingly popular Republican hasn’t made any stops in Iowa since the 2020 election.

Latcham and Branstad are Iowa natives with extensive experience in the caucuses leading to presidential nominating contests. Branstad formerly served as Trump’s state director in Iowa in 2016, before moving into a role as a senior White House adviser at the Commerce Department. He was a senior Iowa adviser during Trump’s 2020 re-elect ion campaign. Lactcham, meanwhile, was Trump’s Iowa political director during the 2016 general election before becoming deputy political director in the Trump White House.

previous Why Do Some People Support Tyranny While Others Defy It?
next The plight of tree-hugging trust fund baby
Related Posts