If my name was Alex Padilla and my job was California Secretary of State, I’d be not only updating my resume but I may also be tucking a few dollars of my next paycheck away for a defense attorney, because he may have a lot of splainin’ to do.

Unfortunately, we now have states ignoring their own state and federal election laws, and by disregarding these laws, their election results must be nullified.

In Article 1 of this code we find Election Code 13200 , which reads as follows:

“Ballots not printed in accordance with the chapter [Chapter 3] shall not be cast nor counted at any election.”

One would think this ONE SENTENCE would be clear. We’re not talking legalese or anything that requires a pertinent degree to understand.

13205 (b). In elections when electors of President and Vice President of the United States are to be chosen, there shall be placed upon the ballot, in addition to the instructions to voters as provided in this chapter, an instruction as follows: 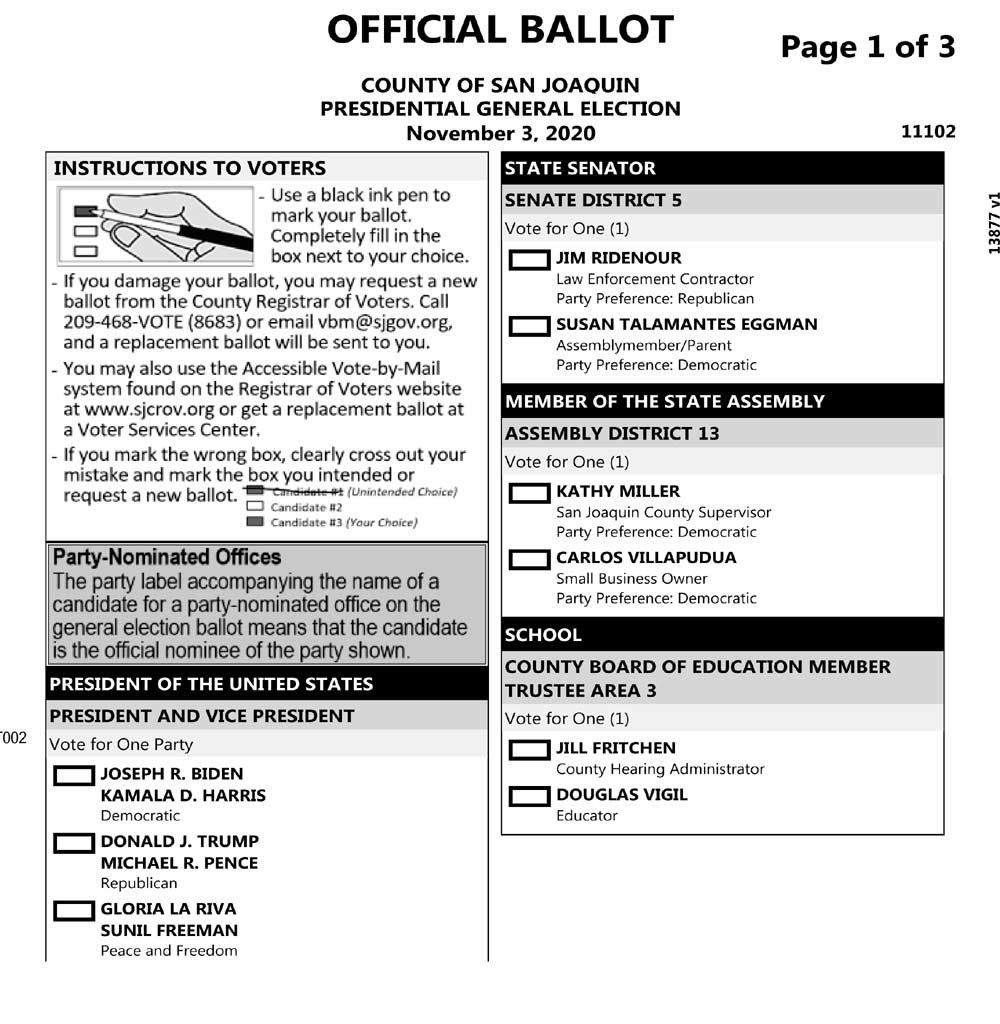 This, too, seems rather cut-and-dry. The above instruction must appear on every ballot for the purpose of informing the voter. If the paragraph doesn’t appear on the ballot, back to Election Code 13200, it can’t be counted.

And guess what? According to data collected by the American Independent Party in California, those words did not appear on ballots in 53 of California’s 58 counties.

This means 100 percent of California’s voting was conducted in complete violation of its state election laws. – UncoverDC, 12/17/20

We’re not counting of this being pointed out by any Democrat-friendly media outlet, but when millions of Californians have lost jobs and incomes while most state officials and employees have yet to miss a paycheck, they should be expected to know how to do their jobs. And this doesn’t just affect the presidential election.

When it comes to voter disenfranchisement, this ball drop may have rendered the time and energy of 12.8 million voters wasted. Heads need to roll on this one. Then again, we are talking about a Democrat-run state and when bad things happen, few are ever held accountable.